You are here: Home / Indian Nicknames/Mascots in Maine / Skowhegan adults desperately need a mascot lesson. Students could teach it to them 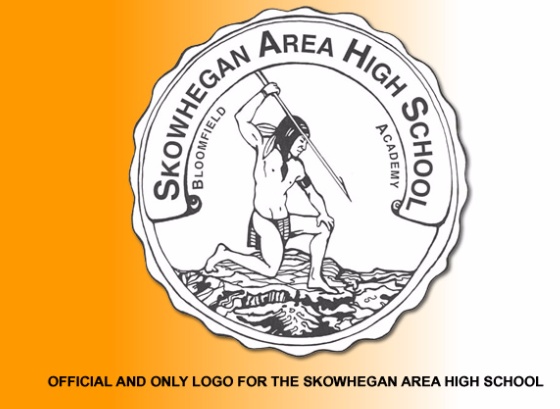 Recently, a friend of mine, who was an anti-Vietnam War activist, had a surprising message for me, concerning my involvement in a now six-year campaign to end the use of Native American nicknames and mascots in my home state of Maine.

Yes, it was all the way back in May 2010 that I, the author of a book on Louis Sockalexis (the first-known Native American baseball player who remains victimized by the city of Cleveland for inspiring a disrespectful nickname and outright racist caricature mascot) partnered with the Maine Indian Tribal-State Commission to launch an awareness and call-to-action campaign.

That campaign to date has led Maine to the doorstep of eradicating such use by all of its schools, with Skowhegan Area High School’s SAD 54 as the sole holdout.

“My thought,“ the activist said to me, “which is probably not all that helpful to those of you who so deeply appreciate the injury here, is to keep in mind that the battle is almost as important as the victory. Think of all the people that are getting educated and mobilized by your efforts; the lessons that are being learned; the conversations that are probably going on among the kids at the high school and in the community. All I’m saying is that it’s important to realize that you are already winning, just by making people confront the issue.” Sigh.

I wish, in this instance, I could just go back and appreciate what Maine communities all around the state, from Fort Kent to Scarborough, Old Town to Sanford and back to Wiscasset, have learned and put into place.

So, I do hope all the members of our Not Your Mascot movement appreciate that it’s the journey that matters, not just the outcome.

Yes, the lesson in Maine does still matter because it’s not just that formidable group of adults in the communities comprising SAD 54 who still don’t get it.

There’s the Maine Principals’ Association: This statewide association representing school principals can’t be bothered to issue a statement complimenting those who have made the change nor to offer either an encouraging note or, even better, a condemning one regarding lone holdout Skowhegan.

And there’s the Maine State Board of Education, which still abrogates responsibility in the face of an obvious civil rights and student safety matter while other state education boards around the country are taking important stands.

Ultimately, it seems to me that the most important catalyst for change is probably the student body of SAD 54 or students at schools who represent Skowhegan’s athletic opponents, once they recognize they truly do have the power to make change happen.

SAD 54 students could go online, perhaps led by their newly restored civil rights team, and discover how students at schools have overridden the wishes of stubborn adults in their community (as in Cooperstown, New York) to make change. Or students at other schools, Skowhegan’s athletic opponents, could elect to outright boycott athletic events involving Skowhegan ( as neighboring school districts did before the school district in Lancaster, New York, changed its mascot).

I’ve been enchanted, quite frankly, by the number of youngsters and young teens who appreciate and respect concepts like alternative sexual lifestyles and racial equality. Time and again, in my college classrooms, I have found more and more students who do not accept the brainwashing that has come with Native American nicknames and mascots through acceptance of institutional racism.

Many of the adults in the Skowhegan community who support keeping their nickname and mascot, when asked what’s so special about SAD 54 when nearly 30 other Maine schools and communities have changed, routinely ignore the challenge. They have no answer. Indeed, the only individual who has addressed the question, to my knowledge, simply charged that it was only because our movement had protested and coerced all these communities into making the change.

That’s really not at all fair to almost all the communities — save Sanford and Wiscasset — that made the change completely on their own without fanfare, without turmoil.

And as for the idea of boycott? Well, truly, for the most part it scares the adult community of SAD 54. It should. There is no glory in winning by forfeit this way, only shame.

So, this may be best left to our high school students in Maine, and those prepared to teach an important civil rights lesson to adults who desperately need to learn it.