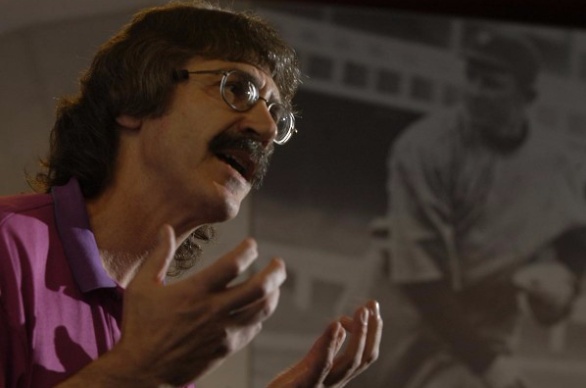 By Jon Ouellette, Special to the Bangor Daily News Journalist Ed Rice of Orono has been an advocate for Native Americans’ rights in sports since the 1970s. He has written commentaries, given speeches and penned a book titled “Baseball’s First Indian, Louis Sockalexis: Penobscot Legend, Cleveland Indian,” where he argues that Sockalexis deserves recognition as baseball’s first Native American ball player. Rice, 65, has spoken twice at the Hall’s baseball writers’ symposium in the last … END_OF_DOCUMENT_TOKEN_TO_BE_REPLACED

9/7/13 (Indian Country Today) The stated mission of the National Baseball Hall of Fame and Museum, in Cooperstown, New York, is “to preserve history, honor excellence and connect generations.” It fails on all three counts where Native American players and history are concerned. For even as its exhibition walls feature portraits of pioneer players and time-lines for Afro- American players, Hispanic players and women players, no such recognition and celebration exists for the American Indian … END_OF_DOCUMENT_TOKEN_TO_BE_REPLACED