Andrew Sockalexis was the first noteworthy runner in the state to make a mark on the national and international scene and, even to this day, certainly ranks among the five greatest Maine runners of all time, based on his two 2nd place finishes, in 1912 and 1913, in the Boston Marathon and his 4th place finish in the Olympic Marathon of 1912 in Stockholm, Sweden. 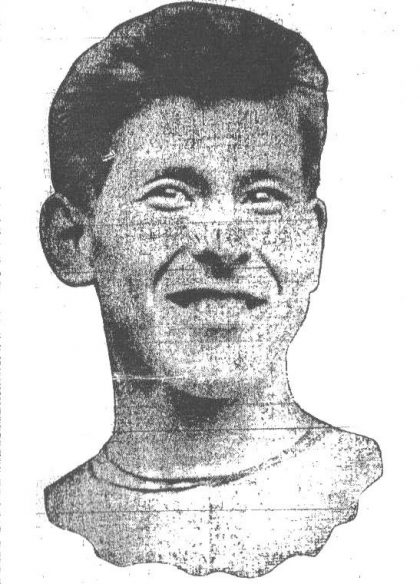 Born in 1892, Sockalexis, a Penobscot/Micmac, grew up on Indian Island across the Penobscot River from the community of Old Town. His interest in running very likely grew out of his father’s love of running. Francis Sockalexis was a runner with remarkable endurance, who was known to excel in the tribe’s traditional five-hour race held in the island’s tribal community hall. To run just one mile competitors had to complete 20 laps on a sawdust track. Spectators jammed the arena. They purposely left the first row of bleachers empty because the track was so narrow it was necessary to jump up onto the first row of the bleachers in order to pass a runner!

Francis Sockalexis built a track around their house for his son to train on. Andrew was reportedly 10 years old when he first took up running. As he improved he found longer routes on the island, making several loops. During the winter, he’d sometimes be seen training on the frozen Penobscot River.

In 1911, at only 19 years of age, Sockalexis reportedly ran his first competitive race – in the Boston Marathon! Race results show that he finished 17th, from among 127 starters, in 2:48:45. In these days the Boston Marathon was about 24 and 1/2 miles in distance; the route started in South Framingham and the roads were dirt, which turned to mud in wet weather. The winning time that year was 2:21:39, a course record set by Clarence DeMar.

In 1912, Sockalexis was again among the field of 123 starters. It was the year of the Stockholm Olympics. His strategy appears to have been to start easy and work his way through the pack. At Cleveland Circle, Sockalexis and Festus Madden passed the leader, Johnny Gallagher. Sockalexis took the lead through Coolidge Corner where Gallagher quit. Mud was an obstacle that day but it did not deter what turned out to be a record-breaking day. Coming up from behind was Mike Ryan of New York who was picking off fading runners. Sockalexis narrowly missed winning the race as Ryan ran passed him somewhere in the final two miles, finishing just 34 seconds ahead of Sockalexis, in 2:21:18 for a course and world record.

The Olympics were only months away and Sockalexis’ 2nd place finish at Boston had earned him a certain spot on the team. Sockalexis was selected as one of the 12 American marathoners who would run at Stockholm. The Penobscot Indian, age 20, was now a member of the prestigious North Dorchester Athletic Club (NDAA), from the greater Boston area, and he was widely regarded as a serious contender to win the event. Howard Reynolds, Boston Post newspaper columnist, called Sockalexis “the favorite” to win a gold medal in the Olympics.

On the day of the marathon the team plan was to hold back and let the 90- plus degree heat take its toll on the field. But Sockalexis, known for his smooth and effortless running style, would later say he waited too long – that he should have picked up the pace at the 12.5 mile mark instead of at 22 miles. Although he made up much ground on the leaders, it came too late in the race and he finished fourth in 2:42:07. Placing third that day was Gaston Strobino of the United States in 2:38:42. Christian Gertshaw of South Africa took the silver medal in 2:37:52, and the winner was Kenneth McArthur, also from South Africa, in 2:36:54.

The Boston Post wrote that Sockalexis finished fresh and strong “like the champion he should have been.” 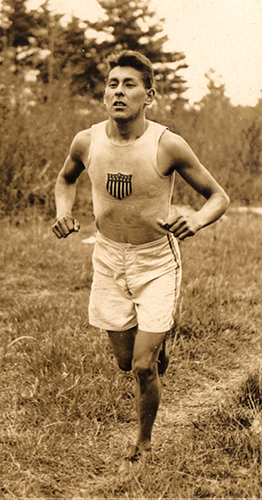 Upon returning home he received a welcome as though he had been the champion and was invited to run in many races in Maine and New England. Once, in an exhibition one-mile race at Maplewood Park (known since the 1920s as “Bass Park”), Sockalexis was to race against a team, Archie Neptune and Sylvester Francis. Neptune and Francis were to run a half mile each while Sockalexis was to run the whole distance against both of them! The grandstands were packed with screaming fans urging on their local hero who did not disappoint them, winning decisively against the young duo.

On a fall day in 1912, he finished second to the great Clarence DeMar, 7- time winner of the Boston Marathon, in a 19-mile race from Old Town to Bangor’s Maplewood Park. A number of his NDAA teammates from the greater Boston area, including future 1931 Boston Marathon champion Jimmy Henigan and US Olympic teammate Tom Lilley, joined DeMar for the train trip to central Maine.

He entered the BAA Boston Marathon in 1913 and was considered one of the favorites to win. Sockalexis held back for much of the race, apparently hoping that the early leaders would wear down, and it looked like the strategy was going to work as he passed runner after runner. But Fritz Carlson of Minneapolis had too much of a lead, and even though Sockalexis ran the final miles faster than Carlson, he could not close the gap, finishing second again in 2:27:12 to Carlson’s 2:25:14.

In 1913 Sockalexis first developed tuberculosis, or consumption as it was commonly known as in the day. He was sick for many years and finally died in South Paris in the summer of 1919. He was 27 years old. The U.S. Olympic Committee gave his family a headstone engraved – “A Member of the American Olympic Team at the Fifth Olympiad held in Stockholm, Sweden in July, 1912.”

Sockalexis is a member of the charter class of the Maine Running Hall of Fame, established in 1989. He was inducted into the American Indian Athletic Hall of Fame in ceremonies in Tulsa, Oklahoma, in 2000.